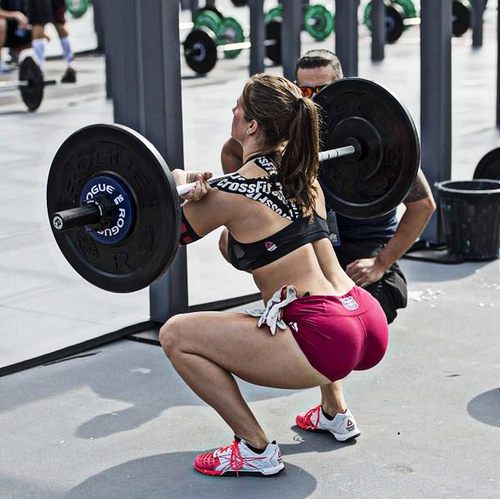 I review this paper in my Research Review this week, although the study itself doesn’t prescribe interventions – we have been using Posterior chain strength in all our rehabilitation programs over the past 24 months with great effect – Compound lifts where possible – certainly not isometric or body weight holds or mobility work!

Female athletes are more likely to suffer a noncontact anterior cruciate ligament (ACL) injury during sports compared with male. Studies suggest that females exhibit movement and loading patterns that place them at a greater risk for ACL injury. Some of these patterns, such as greater peak external knee abduction moments and peak abduction angles, prospectively predict ACL injury risk in female athletes. Despite the considerable amount of evidence that implicate movement and loading patterns as part of the noncontact ACL injury mechanism, it is not well understood how other aspects such as central processing, environment, and physical abilities influence biomechanical patterns during movement tasks.

In addition, it is important to gain an understanding of the influence of trainable physical abilities (e.g., muscular strength) on the lower extremity biomechanics during movement tasks, especially those tasks that are performed under time-critical situations. Although existing studies provide collective support for the hypothesis that hip muscle strength affects the dynamic control of the lower extremity during athletic movement tasks, it is currently not known to what extent hip strength affects dynamic kinematic and kinetic control during unanticipated single-leg landing and cutting tasks.

The purpose of this study was to determine the influence of hip muscle strength on lower extremity kinematics and kinetics during unanticipated single-leg landing task.

Maximal isometric hip abduction and external rotation torque were measured using a hand-held dynamometer and used as the independent variables for the study. The measurements were expressed as muscle torque (force x femoral length) and normalized to body weight.

A 14-camera motion analysis system was used to record kinematic data at a rate of 120 Hz. Kinetic data were collected with an AMTI force plate at 960 Hz. The 3-dimensional positions of 23 retroreflective markers were recorded during each task.

An inverse dynamics approach was used to calculate the net internal joint moments using the ground reaction force data and segmental kinematic data. The variables of interest were the 3-dimensional hip and knee joint angle excursions and peak joint moments during the landing phase of each unanticipated task.

The results partially support the hypothesis that greater hip strength would be associated with better lower extremity kinematic and kinetics during unanticipated single-leg landing and cutting tasks. Therefore, practitioners should consider implementing hip muscle strengthening into training programs for athletes who participate in sports that require landing and cutting.