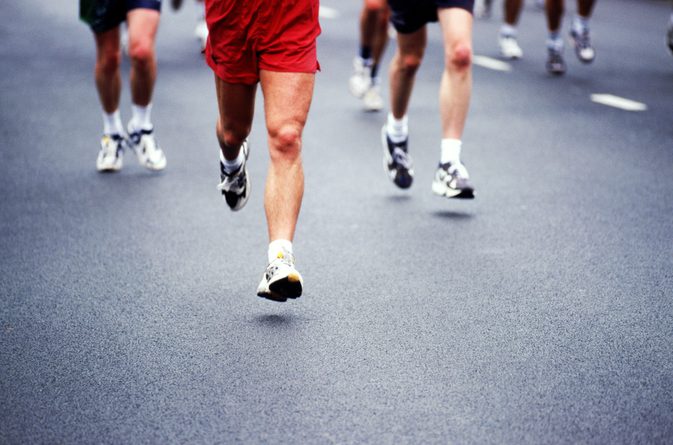 Injury risk during running is associated with high-weekly training distance as well as lack of running experience, putting both competitive long-distance runners and novice runners at risk of developing overuse injuries.

The risk of developing overuse injuries may be magnified during running in a fatigued state. Changes in running kinematics with fatigue may be more prominent in novice runners, since they lack the training status and technical skills to maintain their non-fatigued kinematics towards the end of an exhaustive run.

Most studies on kinematic changes with running fatigue focused on recreational runners or runners with a particular overuse injury, while studies including well trained, competitive runners are less common. Competitive long-distance runners may be more resistant to changes with fatigue compared with novice runners due to their better training status.

15 novice runners and 15 competitive long-distance runners volunteered to participate in the study. Novice runners (NOVICE) were included if their weekly running distance was less than 10 km/week and if they did not have a history of competitive running, or following a running training programme. Yet, they had to be able to finish a 3,200 m time trial without pausing or walking. The COMP group (5 females, 10 males) and the NOVICE group (6 females, 9 males) were similar in age, height, and weight. COMP runners ran on average 77 ± 17 km/week and had been running for 10 ± 3 years. Average speed was 2.75 ± 0.50 m/s for the NOVICE runners and 4.88 ± 0.57 m/s for the COMP runners. Mean time to exhaustion was 1,693 ± 588 s for the NOVICE runners and 947 ± 284 s for the COMP runners.

A three-dimensional kinematic running analysis was performed using a 10 camera motion capture system capturing at 150 Hz. Forty-two reflective markers were placed on anatomical landmarks on the trunk and lower limb of the participants. Two 10-s trials were recorded both at the beginning and the end of the exhaustive run. During the dynamic measurements, participants ran on a force-instrumented treadmill, sampling at 1,000 Hz. Vertical ground reaction forces from the force plate in the treadmill were used to detect foot strike and toe-off.

Analysis of the peak joint angles during stance phase indicated that there are differences in kinematics between running in a exhausted vs. a fresh state in both groups.

In conclusion, runners showed changes with exhaustion at the trunk, pelvis, hip and knee level. These changes were more pronounced in novice runners compared with competitive, long-distance runners. This may be caused by more muscular fatigue in the trunk, hip and thigh muscles in untrained runners.

For novice runners in particular, injury risk may be higher in an exhausted state. When assessing a runner’s form and/or injury risk, one must keep in mind that measuring kinematic variables in a fresh state may not be reflective of a runner’s form during an actual, exhaustive training session