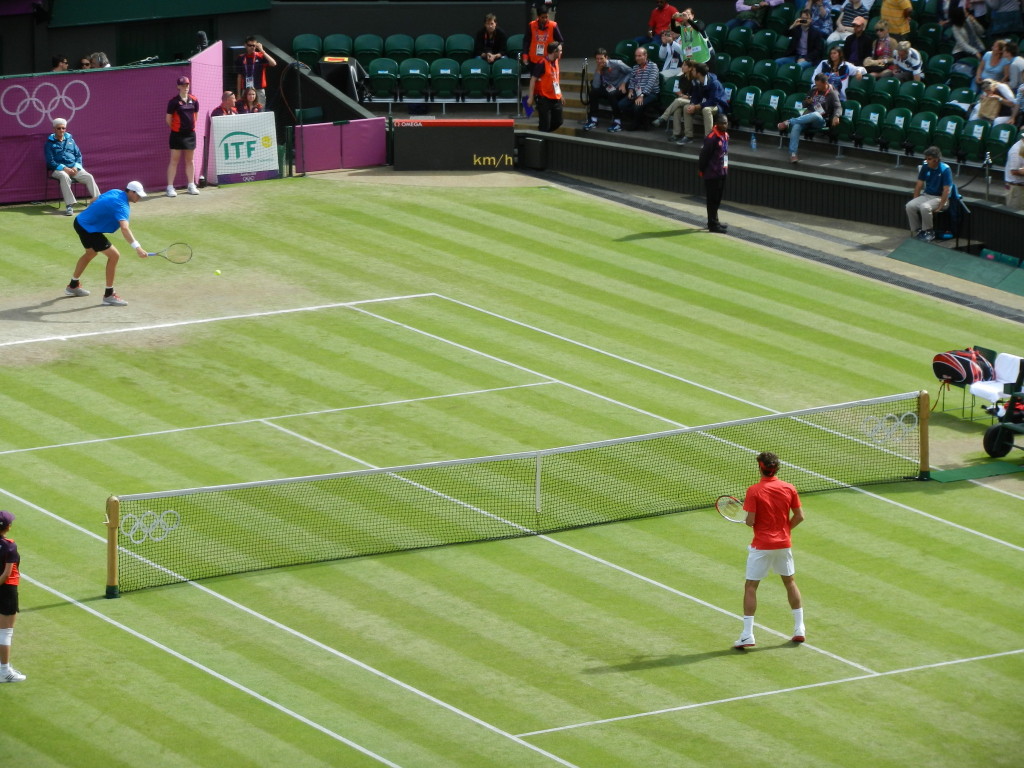 The tennis serve has been reported to be one of the most important strokes for winning a match. This stroke is a sequence of motions referred to as a ‘‘kinetic chain’’ that begins with lower limb actions and is followed by rotations of the trunk and the upper limb. This kinetic chain allows the generation, summation, and transfer of mechanical energy to generate high ball velocity.

From the perspective of sport performance, it has been suggested that an effective energy flow during the serve would allow the player to produce a high ball velocity, which is a key element of successful play. However, the energy flow through the kinetic chain during the tennis serve has not been documented, and it is still unknown whether ball velocity is related to the quality and magnitude of the energy flow through the upper limb kinetic chain during this stroke.

It is believed that injuries occur when mechanical energy is transferred or absorbed by the joints in amounts or at rates that exceed the threshold of human tissue damage. It is hypothesized that upper limb joint injuries could be caused by alterations in the energy flow across segments during the tennis serve. If the action of one joint in the kinetic chain is altered, then the contribution of the other joints increases to accommodate the loss of energy, which may lead to increased joint loadings and, consequently, overuse joint injuries. However, the relationships among energy flow, upper limb joint kinetics, and overuse joint injuries have never been assessed.

The purposes of this study were to investigate the relationships among the quality and magnitude of energy flow, the ball velocity, and the peaks of upper limb joint kinetics, and to compare energy flow during the serve between injured and non-injured tennis players.

Nineteen healthy high-level male tennis players (mean age, 25.1 ± 5.9 years; height, 1.84 ± 0.07 m; weight, 75.1 ± 9.0 kg) participated in this study. Players were equipped with 38 retroreflective markers placed on anatomic landmarks. Five additional landmarks were positioned on the racket. A Vicon MX-40 motion capture system was used to record the trajectories of the 3-dimensional landmarks. The system was composed of 12 high-resolution cameras (4 megapixels) operating at a nominal frame rate of 300 Hz. Each player performed 5 successful ‘‘flat’’ serves from the right service court to a 1.50 x 1.50–m target area bordering the T of the ‘‘deuce’’ service box. The forces and torques of the upper limb joints were calculated from the motion captures by use of inverse dynamics. The amount of mechanical energy generated, absorbed, and transferred was determined by use of a joint power analysis.

A questionnaire was used to prospectively determine all injuries related to tennis for a given player during a 2-season period after the motion capture and the calculation of joint kinetics. The players were classified into two groups according to the questionnaire results (injured or non-injured) and analyzed separately.

Among all the participants, 11 players had overuse injuries involving an upper limb joint, including 6 players with shoulder tendinopathy, 5 players with elbow tendinopathy, and 1 with wrist tendinopathy. Demographic data revealed no statistically significant difference between the injured and the non-injured groups.

The results demonstrated that the ball velocity increased and the upper limb joint kinetics decreased with the quality of energy flow from the trunk to the hand 1 racket. Concerning the relationship between the quality and magnitude of energy flow during the serve and the appearance of upper limb injuries in tennis players, the results show that energy flow differences are present before the onset of clinical symptoms. Consequently, the alterations of energy flow from the trunk to the racket can play a predictive role in both serve performance and injury.

For injured players, the results showed a poor quality of energy flow through the upper limb kinetic chain during the last phases of the serve, decreasing ball velocity and probably increasing risks of overuse joint injuries, anywhere in the dominant arm, not only in the shoulder. Moreover, the shoulder, the elbow, and the wrist of injured players absorbed significantly higher rates of energy than did the joints of non-injured players during the serve. This phenomenon could be responsible for the appearance of overuse joint injuries in the upper limb.

The results indicate that the development of an efficient energy flow appears to be crucial to reach optimal performance and minimize injury risk.