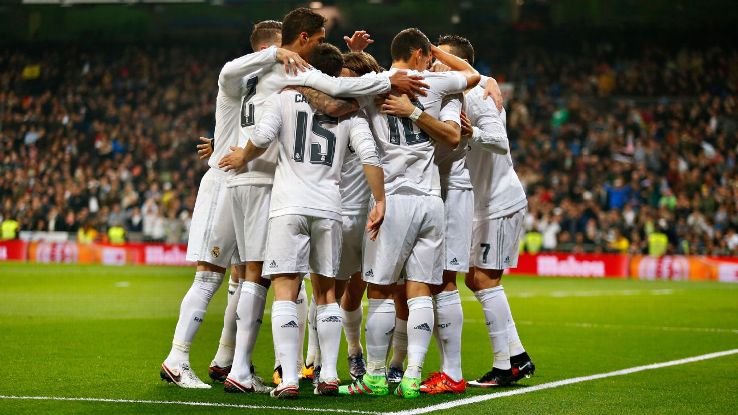 As the “best soccer team of the 20th century,” Real Madrid won two UEFA Champion League Cups between 1998 and 2001 while paradoxically spiraling into debt. Real Madrid’s situation was not unique; other european football clubs were similarly facing financial hardship. At the time, income generation for a football club was suffering from limited stadium capacity and decline in demand for media rights. When Florentino Pérez accepted the Real Madrid club presidency in 2000, he aspired to reduce the $288.5 million dollars of debt by reorganizing the club structure and diversifying income in both the traditional and brand-based business models.

Pérez restructured the sporting, social, marketing and cooperate aspects of the club. In the sporting sector, players with a significant media impact were recruited to promote the Real Madrid brand. However, in order to maintain the team’s core values and identity, the club also heavily relied on their young-players team for recruitment.

Social promotion focused on creating a friendly public image by becoming ambassadors of UNISEF, reducing violent events in the stadium and maintaining transparency.

Finally, cooperate restructuring involved recovery of assets that had been previously sold to other firms, such as advertising and media rights, and development of new sources of revenue.

Following in North America’s footsteps, Pérez solidified Real Madrid’s brand image through various channels specified in Figure 2. Though the initial investment may be costly, the brand-based business model diversifies profit beyond what can be made from the stadium and live sporting events to reduce economic uncertainty. For example, even though celebrity players require a higher salary, strategic sponsorships and exploitation of the player’s image rights may completely offset the cost in two to three years. After the initial investment, Real Madrid may continue to benefit from celebrity players. 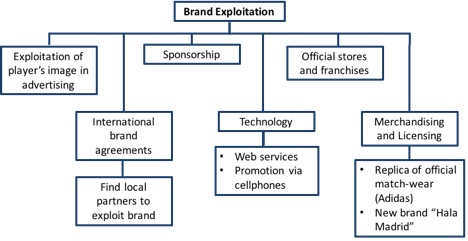 Pérez increased revenue by 34 percent from 2000-2001 to 2004-2005 transforming Real Madrid into a debt-free firm with international brand recognition. While their economic situation stabilized, Real Madrid’s sporting performance was lackluster, which may have contributed to Pérez’s resignation in 2006. Future articles should compare Pérez’s business model with other sports clubs and explore effective resource allocation to sporting excellence and economic profitability.